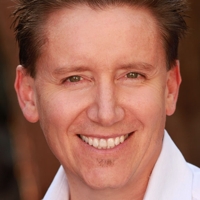 Spike Spencer has been a Voice Actor for over 2 decades. His video game credits include Bravely Default, The Bureau:XCOM, Bioshock:Infinite, Saints Row 3, World of Warcraft, Tales of Vesperia, BlazBlue, Dynasty and Samurai Warriors, Steambot Chronicles, Star Ocean 2, Lunar: Silver Star Harmony, and many others. He has voiced hundreds of episodes of Anime including such notable titles as Evangelion, Bleach, Vampire Knight, Durarara!, Nura, Battle Angel, Suikoden, Orphen, Spriggan, Nadesico, Mar, PreTear, Buso Renkin, Gundam, Code Geass 2, and Kekkaishi. Spike has also lent his voice to numerous radio and TV commercials.
An accomplished onscreen actor, he has worked with such notable stars as Tommy Lee Jones, Sandra Bullock, Frank Langella, Tia Carrere, and Scott Glenn and has been on set with many other stars. Spike is also an author, including "How to Be A Frickin Genius Voice Actor, Step One," "What Happens At The Con, Stays At The Con?". Spike has been a featured writer on dating/relationships/self improvement for Carlos Xuma, SinglesWarehouse, and Neil Strauss, author of "The Game." Spike is currently in development on the TV pilot for his "Don't Kill Your Date (And Other Cooking Tips)" dating/cooking show (based on his panel from the Con circuit) and book. Spike is also a screenwriter with several projects in various stages and is in development on his first feature film that he scripted, "Dwindle Down."
Spike is also an avid sailor, cook, traveler, and enjoys a good bit of dancing from time to time. Visit his official websites: www.spikespencer.com 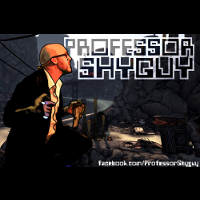 Professor Shyguy's music can be best described as; high energy, chiptune-electro-rocking, 8-bit, epically vocalized, highly danceable, theatrical nerd-pop. Singing 50% about video games and the other 50% is anything from Space/Time to English Language gymnastics. His performance consists of singing, playing guitar, keyboards, and drums, sometimes three of those things at the same time.

Three Rivers Okiya is a collective of independently-minded actors and historians who live and work in the St. Louis area. Our goal is to promote awareness of the Japanese traditional arts in America. We perform demonstrations of traditional dance, flower-arrangement, calligraphy, story-telling and Tea Ceremony for educational and entertainment purposes, and are very excited and honored to be attending Arch Anime as guests for the first time.

Greg Wicker (or “Greggo” as he’s fondly known) has been producing and hosting game shows at anime conventions since 1999, when he premiered Anime Match Game at Project A-Kon in Dallas. Since then, Greggo has done anime-themed versions of several classic game shows, created a few games of his own, and even had an original project that very nearly turned into an actual television show on Anime Network. These days Greggo is concentrating on perfecting his craft and making game shows available for conventions everywhere, bringing his rapier wit and friendly personality with him wherever he goes. You can see some of Greggo’s past game show efforts on his YouTube page at http://www.youtube.com/gregdasgo or visit his website at http://www.facebook.com/greggosgameshows.